The Terrorist who was not one, a failure cover-up 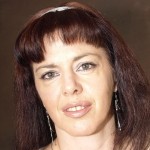 He was a Aid worker not a Terrorist

The “Terrorist” who has been droned was a U.S. Aid worker. Biden droned the wrong Guy. And the Main Media is covering it up. You do not hear about this on the liberal News.

In his rush to clean up the Mess, his incompetence caused at the airport, where 13 Members lost their lives, he authorized a drone strike on the wrong guy. And likely killed several Children as well.

A Video shows the aid worker was not loading Bombs into his car. He was loading Bottles of Water. Zemari Ahmadi is the name of the Aid worker who was killed in the airstrike on Aug. 29, one day before the final US evacuation flights from Kabul. He and nine members of his family, including seven children, died on this day, his Brother Romal Ahmadi told the News.

Amadi, who was the apparent target of the strike, worked for 14 years as a technical engineer in Afghanistan for the Pasadena, Calif.-based charity group “Nutrition and Education International“. The Aid Group had applied for him to move to the US as a refugee.

Military officials said they did not know the identity of the car’s driver when the drone fired, but deemed him suspicious because of how they interpreted his activities that day. They say that he possibly visited an ISIS safe house and, at one point, loaded what they thought could be explosives into the car.

The Main Stream Media is cover up for Biden’s failure. He ordered the drone strike out of revenge. Biden had no well-thought-out strategy. He only wanted to strike back. The Media talked about no collateral damage. This is so wrong.

Where is the outcry from the public? No thoughts on that from the Biden Supporters. Take a look at the innocent Kids who found death. Did you really think you can cover it up forever? That you can hide it in your basement? The truth is always coming out. No matter what.

The leader of the biggest Nation. The President of the United States. And he does not even take responsibility for his actions. How can you sleep at night, knowing you droned these little angels. How dare you.

According to his relatives, as Mr. Ahmadi pulled into his courtyard, several of his children and his brothers’ children came out, excited to see him, and sat in the car as he backed it inside. Mr. Ahmadi’s brother Romal was sitting on the ground floor with his wife when he heard the sound of the gate opening, and Mr. Ahmadi’s car entering. His adult cousin Naser had gone to fetch water for his ablutions and greeted him.

The car’s engine was still running when there was a sudden blast, and the room was sprayed with shattered glass from the window, Romal recalled. He staggered to his feet. “Where are the children?” he asked his wife.

“They’re outside,” she replied.

Romal ran out into the courtyard; he saw that his nephew Faysal, 16, had fallen from the exterior staircase, his torso and head grievously wounded by shrapnel. “He wasn’t breathing.”

Amid the smoke and fire, he saw another dead nephew, before neighbors arrived and pulled him away, he said.

While the U.S. military has so far acknowledged only three civilian casualties, Mr. Ahmadi’s relatives said that 10 members of their family, including seven children, were killed in the strike:

“All of them were innocent,” said Emal, Mr. Ahmadi’s brother. “You say he was ISIS, but he worked for the Americans.”

2 thoughts on “The Terrorist who was not one, a failure cover-up”